We have sad news 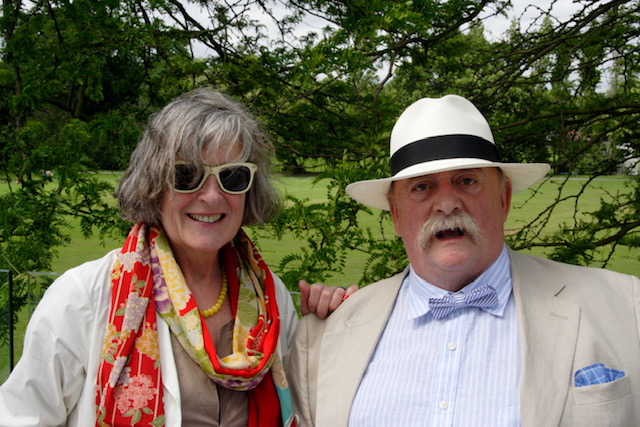 My parents both died this summer. We’re a family business and they were part of Parakeet Books in different ways so we wanted to share this news with you all.

Janet Skidmore died in June, after ploughing on through many years with chronic illnesses. She was a warrior in the face of pain. But more than that my mum was hilarious, clever, beautiful and she smelled amazing. Mum was wildly enthusiastic about Parakeet Books, she listened to my poems and helped edit the stories. Me and my sister Alice gave her a beautiful funeral, there were flowers everywhere and tiny sandwiches and jazz.

Alan Skidmore (known as Skid to everyone) died in August after a quick infection. Just days before he had been drinking beer with my sister and his grandson in France and charming the locals with his irresistible charm. Dad was a fantastic artist with a poetic soul who wanted to make everyone feel special and to make them laugh. He was Parakeet Books’ first published author and artist with the charming Alice and Judy adventures. Dad’s funeral was big and bold and beautiful with horses and a painted coffin. And more jazz.

What do you call yours? #granny #nanamma #nana #g

This company are fab. They are smashing taboos and

I've been thinking about that rally in Brighton la

We have sad news.  My parents both died this s

It's always nice to be appreciated and we love thi

Your family is diverse. Your grandad is blind in

Empathy empathy, let's talk about empathy. How do

We properly love these photos by @ellie_ramsden. T

Submissions are now closed. Thank you so much to e

Me looking sweaty at 9am before the workshops have

"Pancakes are ready! Who wants a tasty pancake?"

I love a chazza. I've got many of my most belove

Thank you so much to those who came and enriched t

Book added to your cart

Please email us if you want to buy above 10 books

Please email us if you want to buy above 14 books